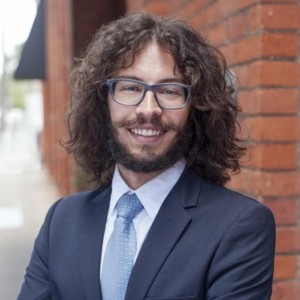 Organizing members’ and directors’ meetings during normal times can be difficult for non-profit corporations, but the COVID-19 crisis has made the process even more challenging. Not-for-profit corporations typically conduct in-person meetings, which during the COVID-19 outbreak would contradict public health advice to practice physical distancing and self-isolation to prevent the spread of the virus.

The Emergency Order has temporarily suspended these sections of the OCA and replaced them with provisions that provide that “despite any provisions in the letters patent, supplementary letters patent or by-laws of a corporation that provides otherwise”, a meeting of the members or directors may be held by telephonic or electronic means.

These changes are only in effect during the temporary suspension period. Though it is unknown when the Ontario government will terminate the emergency. An OCA corporation should review its letters patent and by-laws to ensure that virtual meetings are not prohibited, to allow for virtual meetings to continue after the emergency is terminated.

A CNCA corporation should review its articles of incorporation and by-laws to determine if they specifically allow virtual members’ meetings and if they prohibit members from voting digitally. It should also take care in choosing the method of digital voting, as it must allow the corporation to gather votes in a way that allows the votes to be verified, tallied and presented while maintaining votes anonymous.

If the by-laws prohibit virtual members’ meetings or are silent with respect to them, an alternative is to hold a partially virtual meeting, whereby some participants attend in-person and others participate virtually. In the further alternative, the directors may amend the by-laws; however, it should be noted that such amendment would need to be confirmed by the members at the next members’ meeting.

CNCA corporations are required to hold an annual meeting of members within the same time frames as mentioned above for OCA corporations. If a corporation determines that it would be detrimental for it to call an annual meeting of members within the normal time-frame, it can apply at least 30 days before the day on which the notice of the time and place of a meeting is to be given to members, to the Director appointed under the CNCA to extend the deadline. The Director, on a case-by-case basis, will assess the reasons for the application and the potential prejudice to members.

I have been advised by Corporations Canada that they have received many such applications and are unable to provide decisions within the 30 days service standard. If a CNCA corporation intends to apply for this exemption, it should do so well in advance of its annual meeting deadline.

Since June 2016 Canadian law has allowed for eligible Canadians to request medical assistance in dying (commonly know as MAID). In September

Estate Trustee’s Duties: Funeral Arrangements and Disposition of the Body

It’s important to know that including burial and funeral arrangements in your Will does not make them legally binding. An estate trustee

Overview On October 1, 2020, the Ontario government amended the Real Estate and Business Brokers Act (the “Act”) to expand on the